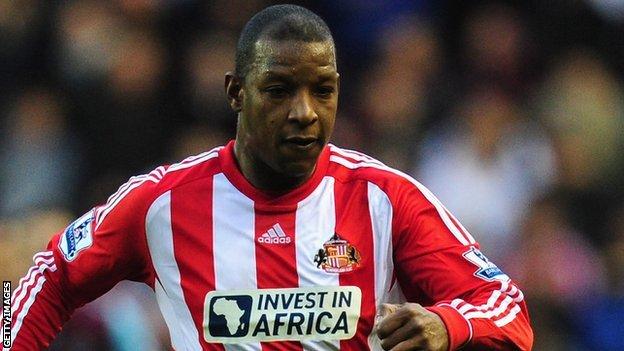 The 31-year-old, who started his career at Portman Road, has also been training with West Ham since being

"I've been training with West Ham, but Ipswich is easier for me to train because it's on my doorstep.

"I said I'd like to play for Ipswich again. Whether it's now or a couple of years' time, who knows?" he said.

Defender Bramble played 71 minutes of Town's 2-1 friendly win over Gillingham on Tuesday, having made 62 appearances for his hometown club before leaving for Newcastle in a £5m deal in 2002, which was followed by moves to Wigan and then Sunderland.

"What's nice is he wanted to come and play so that shows a good commitment."

And centre-half Bramble confirmed that at this stage, he was not ruling anything out.

"There's a few options. The main thing is to make sure I'm training and right for the start of the season, wherever I may be," he said.

Versatile Swiss Under-21 defender Veseli left Manchester United in July, while 26-year-old South Africa international centre-half Khumalo could be loaned out by Tottenham.

"I thought Bongani was excellent, I was delighted with him, as I was with Veseli," said McCarthy.

Out-of-contract defender Christophe Berra, who played under McCarthy at Wolves, is also a target, but the Ipswich boss said his interest in Waterford United midfielder Jack Doherty was limited to "just talking" at the moment.