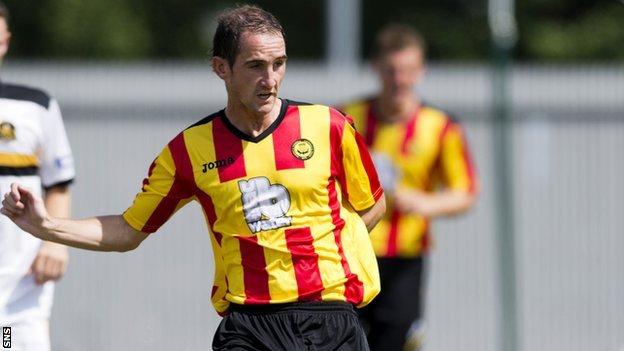 Kerr had been on trial with the Jags after leaving Dens Park while Balatoni joined Thistle from Hearts last year.

"I've been here for nearly four weeks now so it will be good to get playing as an actual Partick Thistle player," Kerr told the club's website.

"I do have that experience and hopefully I can start the season well and we can do well together," he said.

"That's the way it goes - if I'm not playing well then I won't be in the team and I'll not be able to bring my experience to the team."

Balatoni is a former Hearts youth player and had two spells on loan at Firhill before joining as a free agent in January 2012.

"Partick Thistle are a huge club with a good fan base and it's a club that deserves to be in the SPL," said the 22-year Englishman.

"Staying in the league is going to be even harder than getting there. It's going to be hard but everyone is looking forward to it and everyone wants to prove themselves.

"The boys can't wait to get going and it is now just a matter of weeks everyone is looking forward to it."