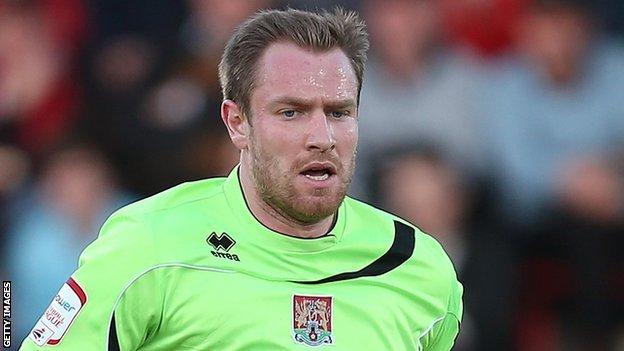 Northampton defender Kelvin Langmead will miss the first three months of the season after a knee operation.

The 28-year-old has only managed to play for 19 minutes since March because of the problem.

"We think it's a minimum of three months, which is a big blow," boss Aidy Boothroyd told BBC Radio Northampton.

"Clive Platt and Chris Hackett will probably be available for the second week of the season. But Roy O'Donovan is fine."

Boothroyd was already looking for a right-back and a striker, while midfielder Gary Deegan is being offered a deal.

Now, Darren Purse or a new recruit may need bringing in as well - if the budget allows.

"It's an opportunity for [trialist] Darren Purse and David Artell," added Boothroyd.

"These things happen, and when I assess it, we might need that little bit of cover. I've got to give that some thought, because that would be another wage.

"Ben Tozer, Lee Collins and David Artell have all played at a higher level."

Tozer played alongside Collins in the 1-0 friendly defeat at home to Peterborough, and says it's a "massive blow" to lose their captain.

"He's a top player who scored goals and he was solid," said Tozer.

"If I'm needed at centre-back, I'm going to try to step in and do what he would've done."