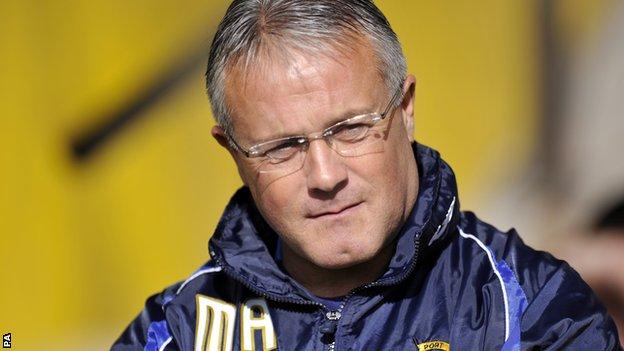 Manager Micky Adams says his Port Vale squad is short of players with the new season less than three weeks away.

"But we'll continue to work and try our best to get them in the building before the start of the season."

Adams also admitted to one area that he is desperate to strengthen before the newly-promoted side begin the new season with a home game against last season's beaten League One play-off finalists Brentford on 3 August.

"I don't think we should talk about specific positions or players," added Adams. "But it doesn't take a genius to work out we are a centre-half light."

Summer signing Robertson, Liam Chilvers and Joe Davis are the only recognised centre-backs currently on the books at Vale Park, following the departure of John McCombe and Darren Purse.