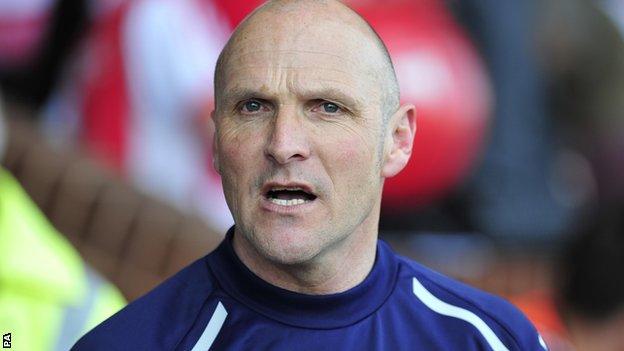 Kidderminster Harriers manager Steve Burr is hopeful his players will not suffer adversely from their play-off disappointments of last season.

Harriers finished second in the Blue Square Bet Premier, two points behind winners Mansfield, but were well beaten by Wrexham in the play-off semi-finals.

"The ones who have stayed with us, you hope that they can step up," Burr told BBC Hereford & Worcester.

"While you hope the new boys coming in can improve us," he added.

"We have brought them in with the right intentions and hopefully that will be the case, but you just never know until such time as the season gets under way."

Striker Michael Gash also completed his move from Cambridge United, having initially arrived on loan, while Jack Byrne returns after missing most of last season with a knee injury.

But 50-year-old Burr believes that the competition will be even tougher, with more clubs pushing for promotion to the Football League next season.

"Luton aren't going to be far away," he said. "Every year we say that and they fell away quite badly last year.

"Forest Green financially seem to be throwing a lot more at it than they did last year and that was a lot.

"I would imagine that Barnet, Grimsby and Wrexham again won't be too far away."