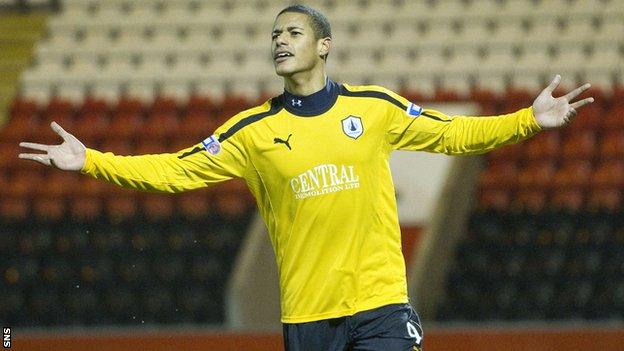 The 23-year-old, who scored 29 goals for the Bairns last season, has agreed a two-year contract with the option of a third with the League One side.

He told BBC Radio Sheffield: "Given the size of the club it wasn't a hard decision for me to make.

"I was close to joining Rotherham but things didn't work out and I'm happy to be here now."

He added: "I did well last year and I felt that if I did well enough I could get a move and play at a higher level.

"This is a massive opportunity for me and the hard work will start in training and we'll take it from there. It's a challenge I'm looking forward to."

Taylor began his career at Millwall and joined Bournemouth before moving north of the border to sign for Falkirk 12 months ago.