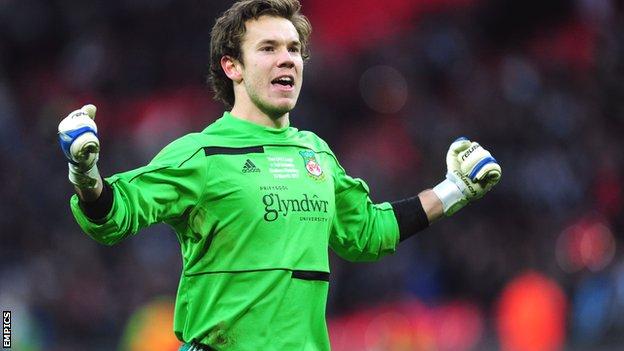 The 22-year-old joined the Cod Army from Wrexham in the summer of 2012 but did not make a first-team appearance for Fleetwood last season.

He ended the campaign back at the Welsh club, appearing in two Wembley finals for Andy Morrell's Conference outfit.

The Wales Under-21 international won the FA Trophy in March but was on the losing side in May's play-off final.

"In agreeing a long-term loan for Chris, we have a goalkeeper of undoubted ability and a proven track record in this league," Cambridge director of football Jez George told the club website.

"He is highly rated and we are absolutely delighted to have acquired his services at least until the January transfer window."