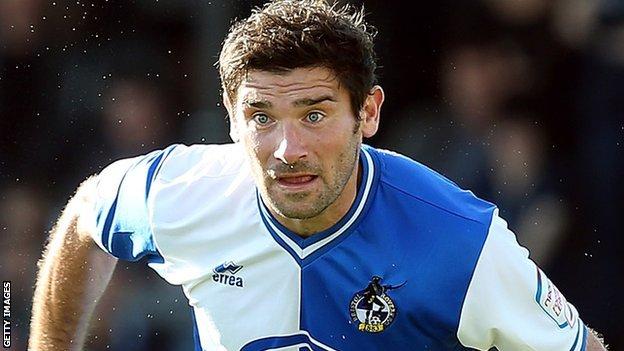 Bristol Rovers defender Jim Paterson is set to be out for six weeks after fracturing his fibula during a pre-season friendly.

The 33-year-old was injured when his studs caught in the turf as he was trying to prevent the ball going out of play at Hereford on Tuesday.

Paterson joined Rovers in January 2012, and triggered a clause in his contract to keep him at the club next season.

The Scotsman has made 46 appearances for the League Two side.