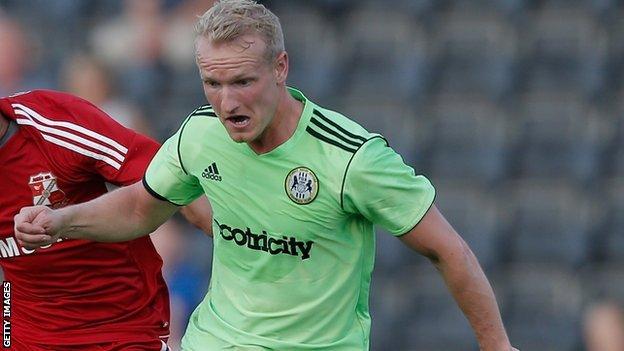 The 27-year-old made 35 appearances last season, but turned down a new deal with the Lambs.

He linked up with Dave Hockaday's Rovers side for their pre-season campaign and impressed enough to earn a one-year deal.

Kelly has previously had spells with Rushden and Diamonds, Oxford United, Kettering and Mansfield.