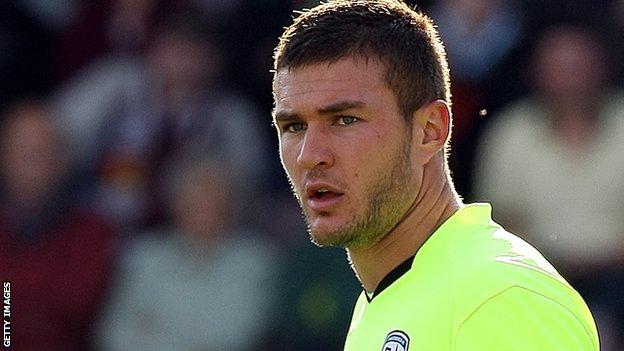 The 24-year-old has agreed a one-year deal with the Saddlers after his release from Chesterfield last season.

Manager Dean Smith had been looking for a regular keeper after being forced to use four different men between the sticks throughout the last campaign.

"I'm pleased to have him on board. This is the chance for him to find regular first-team football," said Smith.

"He knows that I am also looking to bring in another 'keeper to provide competition for him and Liam Roberts, but he is relishing the challenge."

O'Donnell came through the youth set-up at Sheffield Wednesday and has had loan spells with Rotherham, Oldham, York, Grimsby and Macclesfield.

He made 17 appearances with the Spireites but spent the second half of the season on loan in the Conference Premier at Stockport.

"It's been a long summer. I've never had to go anywhere on trial before, but the lads have been different class and really helped me settle in here," O'Donnell said.

"I am delighted to have earned this deal. I like the way that the gaffer and Richard O'Kelly want us to play and their enthusiasm for the game and willingness to work hard in training transfers itself through to the players."