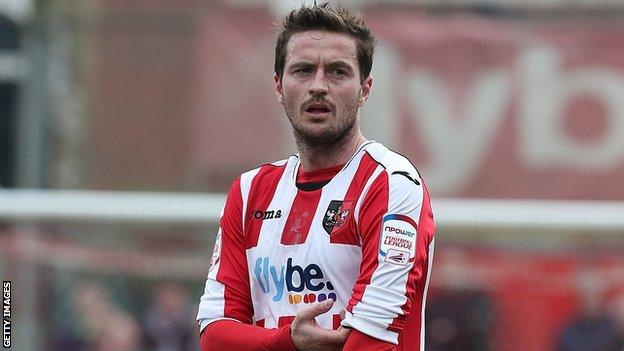 Exeter midfielder Matt Oakley has signed a one-year deal with the club.

The 35-year-old former Southampton, Derby and Leicester player was out of contract after his previous one-year deal expired at the end of the season.

Grecians boss Paul Tisdale had said that he would not be able to re-sign Oakley unless the club's financial situation improved.

"I'm very respectful that he waited for us to get in a position where we can offer him a contract," said Tisdale.

"It says a lot about him. He's going to be a fundamental part of the development of our younger players, and of course he has a large part to play on the pitch too.

"He brings seniority and understanding of the game as we prefer to play it. It keeps continuity and a rationale through our philosophy, and he matches it - he wouldn't fit every club and not every player suits us, but Matt suits our club."

The 35-year-old former Southampton, Derby and Leicester player initially joined the club on loan in 2011 and has made 44 appearances for the club in total, including 34 starts last season.