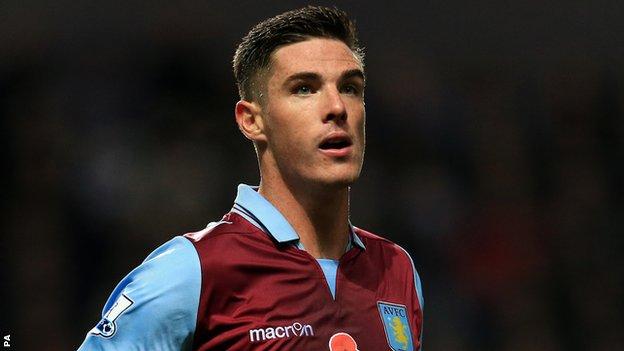 Aston Villa defender Ciaran Clark has agreed a new three-year contract to keep him at Villa Park until 2016.

The 23-year-old centre-back has scored seven goals in 79 appearances in all competitions since coming through the club's youth academy.

Clark has also been capped six times by the Republic of Ireland.

"It's what every young lad dreams about, to be able to play for a club like Aston Villa," Clark told the club's official website.

"I've had the honour of captaining the team from youth level right through to the first team and to receive that honour last season was massive for me, a moment I'll never forget.

"This season will be another tough challenge but we have the players and we have a good young squad.

"Everyone is hungry for it. We're working as hard as we can and we can't wait to start."