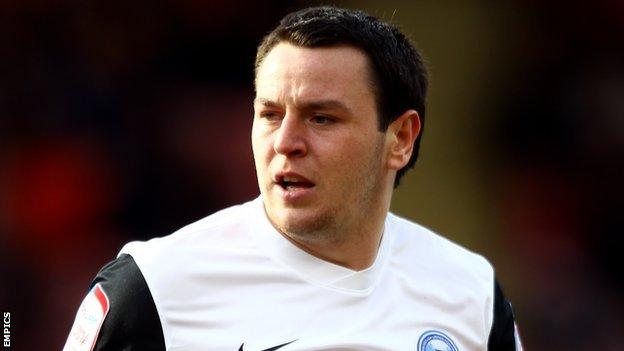 Peterborough United have offered a new deal to Lee Tomlin and dismissed reports the striker wants to leave.

The 24-year-old, who scored 13 goals last season to finish as Posh's joint top scorer, is out of contract in 2015.

"Tomlin's fine, there's no problem. He's not asked to get away or anything like that," boss Darren Ferguson told BBC Radio Cambridgeshire.

"We've offered him a new contract. He's very happy. He loves playing here and loves the way we play."

Signed from Rushden in 2010, Tomlin has proved an influential presence for Ferguson's side, scoring 27 goals in 116 league games.

After Posh lost their other top sorer Ferguson is keen to tie Tomlin down on a long-term deal.

"Lee will go away and speak to whoever he's got to speak to about it and we'll wait and see," he said.

"We're preparing for the future as well as the short term.

"I've got a fantastic relationship with the boy. I'm sure by the Swindon game [at the start of the season] he will be here."