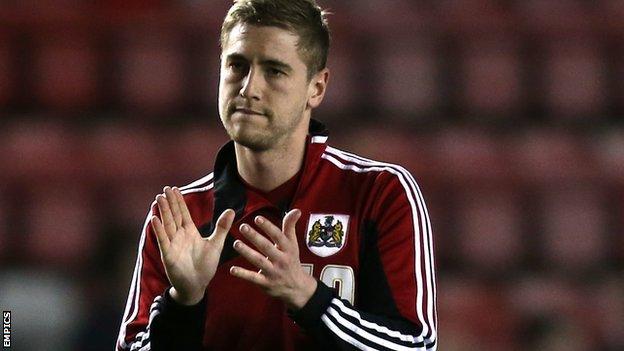 Bristol City have turned down two bids for forward Steven Davies from Championship side Millwall, BBC Radio Bristol has learned.

The 25-year-old signed for City last summer for an undisclosed fee and agreed a three-year contract.

Davies scored 13 goals in 38 games during the 2012-13 season but could not stop their relegation to League One.

Meanwhile, City are believed to be interested in striker Marlon Harewood, who was recently on trial at Millwall.

The 33-year-old former West Ham, Aston Villa and Blackpool striker spent last season at Barnsley but is a free agent after being released in May.