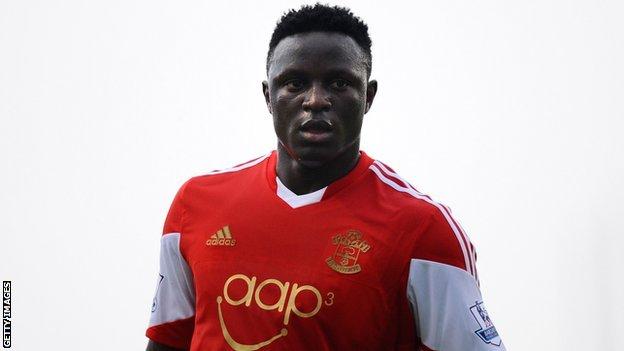 Cardiff City and owner Vincent Tan have issued a statement correcting his earlier assertion they agreed a deal to buy Victor Wanyama from Celtic before he for more money.

Tan said a £10m fee was agreed for the Bluebirds to sign the Kenya midfielder, who then joined Southampton for £12.5m.

And Cardiff have now said that while they were in talks with Celtic to sign Wanyama, "no formal bid was accepted".

At a midweek news conference, Malaysian Tan said: "We agreed to buy Wanyama, but they raised what they want from £10m - they wanted more - and I said no."

Tan, who also said he was days away from a deal to make added: "One of the biggest expenditures of this business is the players and I read Celtic bought Wanyama in 2011 for £900,000.

Having missed out on Wanyama, Cardiff suffered a further setback when instead of moving to Cardiff City Stadium.

They are still attempting to bolster their squad, though, with Tan saying: "We are looking at several others. We have a good current squad and we need a few additions to make it stronger."

Wanyama's move to the Saints has convinced Tan that Cardiff entering a player-development partnership with FC Sarajevo is the way forward.

He also said a £15m expenditure, the arrival of Craig Bellamy and ensured promotion from the Championship.

Tan said Cardiff had been on the brink of "going bust several times" but added: "We spent £15m - that's how we got up. That was one factor. It doesn't mean if you spend £15m you are going to go up.

"We have a combination; we brought in some players that helped us. We have a good manager, we have a good squad and we have Craig Bellamy.

But the owner added: "I'm disappointed that after 51 years not in the Premier League, we went up and there are still some fans who don't think we have all done a good job.

"So we like to think that those who are against are probably about 5%, we'll try to live with that."