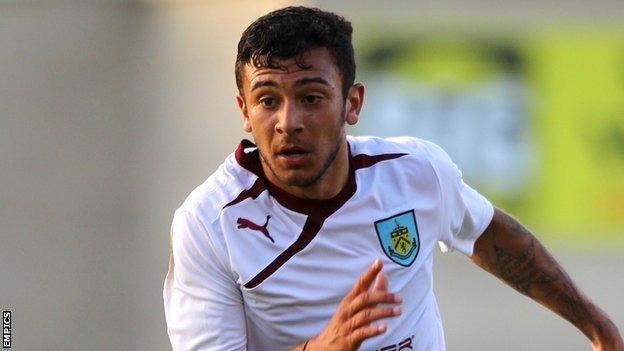 The 21-year-old right-sided player is yet to make a first-team appearance for the Clarets since joining the club from Leyton Orient last summer.

However, he played 19 times in a loan spell at Colchester last season.

"We tried to bring George in last season, but unfortunately Colchester came in and he went there," Dons boss Neal Ardley told the club website.

"He is not part of Burnley's plans at the moment and that is great for us because the player is desperate to play football.

"George is from the London area and is coming back home. I think he will enjoy his football and that will show in his performances."