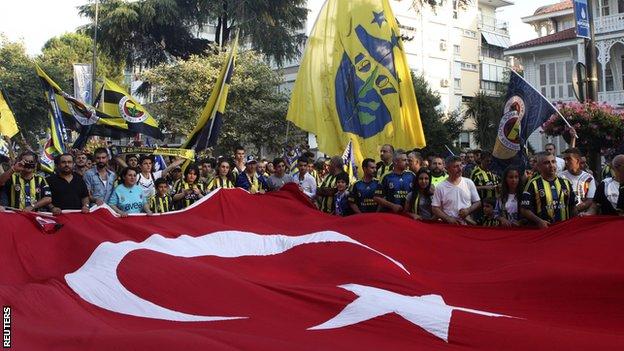 Fenerbahce and Besiktas will be in the draws for the Champions League and Europa League respectively after their European bans were temporarily lifted.

The Turkish clubs were given two-year suspensions by Uefa in June for their involvement in domestic match-fixing.

But the Court of Arbitration for Sport (Cas) overturned Uefa's ruling.

Both teams will be included in Friday's preliminary-round draws but could still be banned from the group stage once Cas makes its final decision.

Cas will announce its findings into Fenerbahce's case on 28 August, the day before the Champions League group-stage draw takes place.

Its decision on Besiktas will be made public on 30 August, the day of the Europa League group-stage draw.