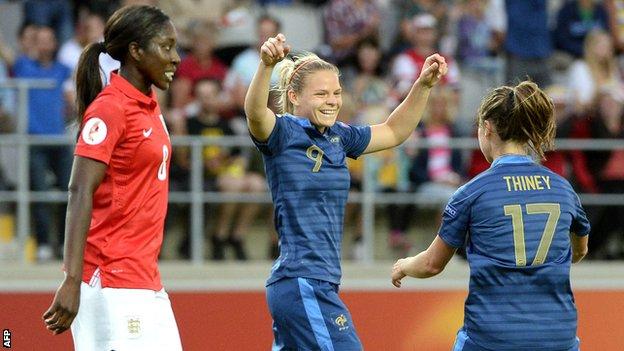 England were knocked out of Euro 2013 after an emphatic defeat to France in their final Group B match in Linkoping.

Eugenie Le Sommer opened the scoring for France in the first half with a low finish from inside the penalty area.

Louisa Necib added a second with a curling effort just past the hour mark before Wendie Renard headed home.

Coach Hope Powell had brought on Kelly Smith with 30 minutes left but England rarely tested France goalkeeper Celine Deville in the remainder of the game.