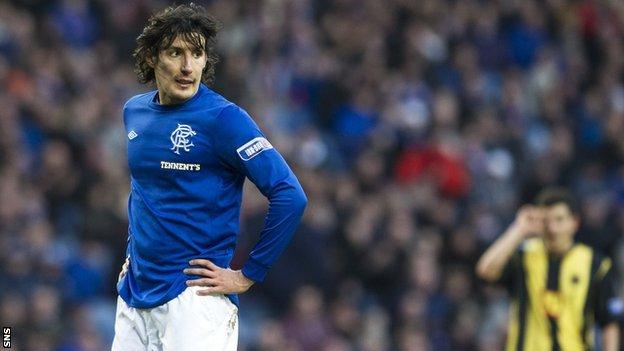 Rangers have reached an agreement with former striker Francisco Sandaza to terminate his contract.

The Spaniard signed for the Ibrox club last summer but was sacked in April for divulging sensitive material in a hoax phone call.

Sandaza contested the dismissal and talked of taking legal action against the club and the hoaxer.

A statement on the club's website read: "The club can confirm that we have reached a mutual agreement with Fran Sandaza to terminate his contract."