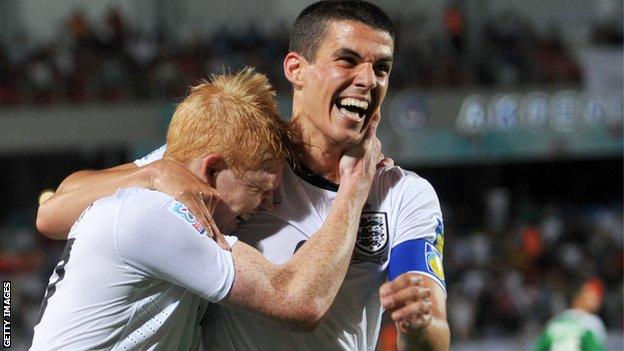 Sheffield United are set to sign England under-20 captain Conor Coady on a six-month loan deal from Liverpool.

Coady, who can play in defence and midfield, made two appearances under Liverpool boss Brendan Rodgers last season but will move to Bramall Lane to gain more first-team experience.

The 20-year-old will become David Weir's sixth signing since he became manager of the League One club in June.

Coady captained England at the recent Under-20 World Cup in Turkey.

The versatile player joined Liverpool's academy in 2005 and made his senior debut in the Reds' 1-0 Europa League defeat by Anzhi Makhachkala in November.

Coady, who captained England in their victorious 2010 European Under-17 Championship campaign, made his Premier League debut against Fulham in May when he came on as a late substitute.