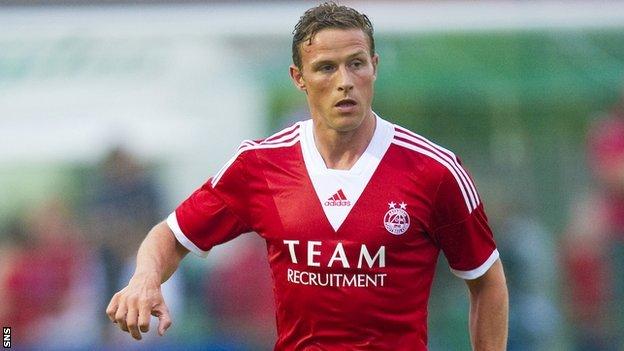 Aberdeen's Chris Clark is likely to miss the start of the season after picking up a knee injury during a pre-season friendly match.

The 33-year-old was withdrawn early on against Malahide United, with the Dons going on to win 4-1.

Clark, who was deployed at right-back but can also play in midfield, missed much of last term with ankle problems.

"At the moment it does not look great," manager Derek McInnes told Aberdeen's official website.

"It is too early to speculate but he has clearly done something that was serious enough for him to go down early.

"It is far from ideal as you do not want to be picking up injuries at this stage of the season.

"I have been trying Chris at full-back because I think he can play there but also because we are a bit short of defenders and his injury does not help matters.

"Our thoughts, though, at the moment are just with Chris and let's just hope it is better news than we maybe think."