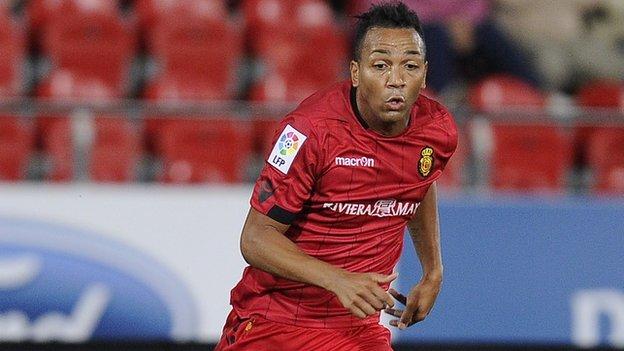 Cape Verde are awarded technical 3-0 wins for both games, which moves them two points behind leaders Tunisia.

The final Group B game between Tunisia and Cape Verde will now decide who advances to the final play-off round.

Group B after sanctions

Prior to Fifa's move, Tunisia thought they had progressed while the Blue Sharks had been eliminated.

But then, the Carthage Eagles learned that Equatorial Guinea had potentially flouted Fifa rules in their qualifiers against islanders Cape Verde.

Equatorial Guinea fielded Mallorca striker Emilio Nsue Lopez, a player who does not meet the eligibility criteria, in the 4-3 win at home to Cape Verde on 24 March.

The 2012 Africa Cup of Nations co-hosts have also been sanctioned for using the same player in the away match on 8 June, which Cape Verde won 2-1.

When the world governing body ruled against Equatorial Guinea, the latter's federation launched an appeal.

But Fifa have rejected that appeal, with the case centring on part III. of the Regulations Governing the Application of the FIFA Statutes.