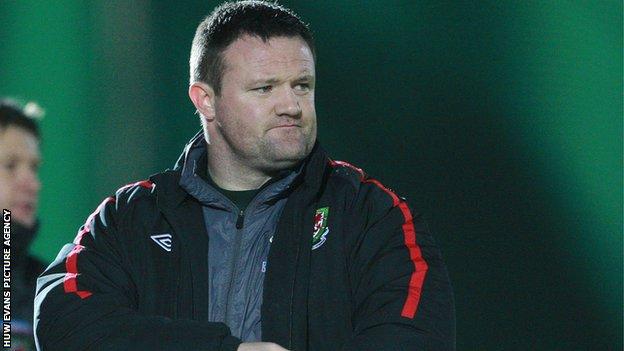 Barry Town United AFC's court case against the Football Association of Wales for denying them entry to the Welsh Football League will be heard next month.

A new club was started after the owner of Barry Town withdrew them from the Welsh football pyramid last season.

Earlier this month the FAW Council refused to discuss a reprieve for the new club from playing parks football.

At a court hearing in Cardiff on Friday the case was adjourned to 7 August.

Judge Seys-Llewellyn will hear the case in a trial set to last a full day although judgement could be reserved till a later date, according to the Cardiff Civil Justice Centre.

The club is also seeking a declaration that the FAW's decision not to allow Barry Town membership of the association is unlawful.

Andrew Edwards of the Welsh Premier League in protest at what he called a "shambolic" meeting in Caersws which refused to hear the cases for a reprieve put by Barry Town United and a new Llanelli club.

Edwards subsequently issued a letter to all member clubs raising further concerns about the Council.