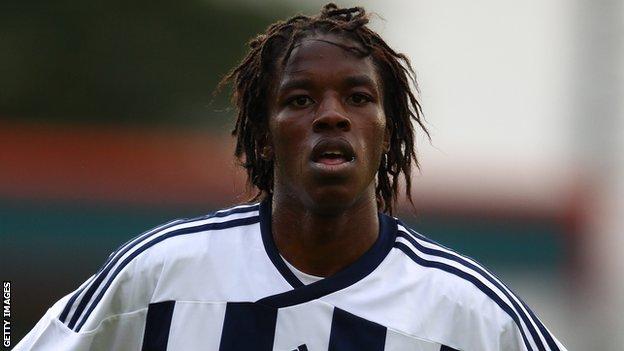 Walsall have completed the signing of former West Brom midfielder Romaine Sawyers on a one-year deal, with a one-year option in the club's favour.

The 21-year-old St Kitts and Nevis international played four times in a loan spell at the Saddlers last term.

And after his release by the Baggies in June, he has signed a permanent deal.

"Having had him here on loan at the end of last season, he is obviously a player that we know a lot about," boss Dean Smith told Walsall's website.

"He didn't get the minutes on the pitch during that time because of the good run that we were on, but he is a player with a lot of potential.

"When he got released by Albion, we invited him back here and since then he has displayed an excellent attitude and work-rate and has done well in his outings so far."