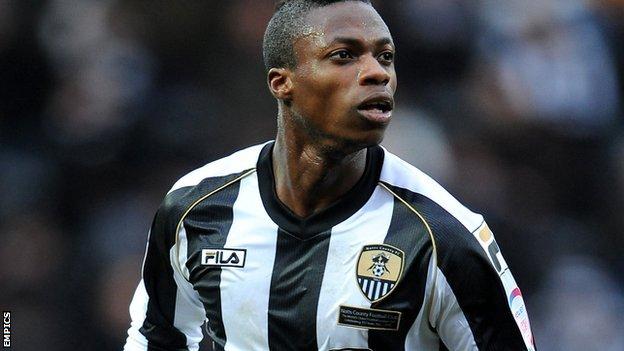 Barnsley have signed former Manchester United striker John Cofie on a one-year deal with the option of a second.

The 20-year-old was released by the Red Devils earlier this summer having spent time on loan with Sheffield United and Notts County last season.

Cofie, who never played a first team game for United, moved to Old Trafford from Burnley at the age of 14.

"He lost his way a little bit and we've been able to pick him up. I'm excited to be working with him.

"We've got to work with him and show him his objectives for the team. We'll look to develop him as a central striker."