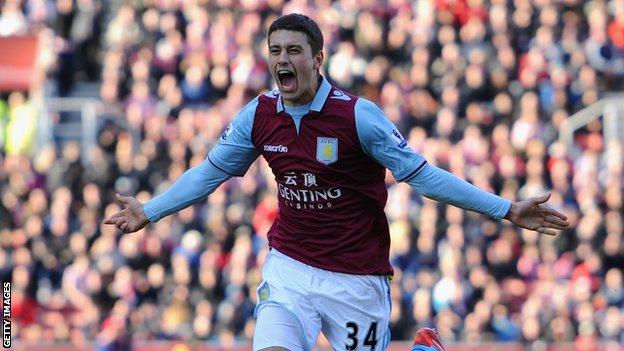 Aston Villa defender Matthew Lowton has agreed a new four-year deal to keep him at Villa Park until 2017.

"We feel part of something here and feel strongly that we're building something exciting and positive for the club," he told the club's website.

Lowton becomes the seventh first-team player to have signed a new contract at the Premier League club this summer.

Lowton started every Premier League match for Villa last season, apart from their home game against Chelsea on 11 May

"It is a very exciting time for the club," said Lowton.

"We went through some difficult periods last season but we finished strongly and had won a lot of people over by the end of the season.

"The fans were with us all the way though and they made themselves heard home and away superbly well and that's something that really helps the team and is appreciated greatly by all the lads.

"Everyone could see what the gaffer was working towards and over the second half of the season it showed."