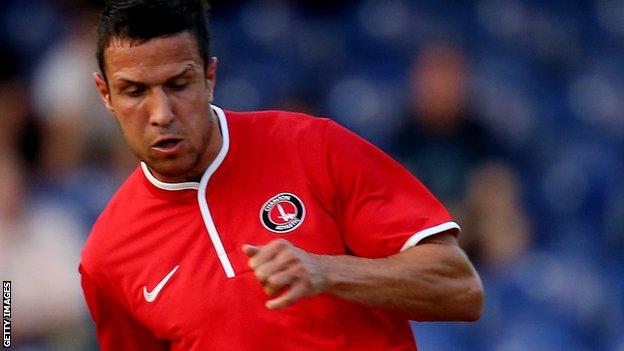 Charlton Athletic have signed defender Richard Wood on a one-year deal, while left-back Cedric Evina has signed a new contract with the Championship club.

Wood, 28, was released by Coventry in May and has been on trial with the Addicks during pre-season.

The former Sheffield Wednesday centre-back has featured in four friendlies, including their tour of Spain.

Evina, 21, missed the trip to the continent but has now agreed a one-year deal at the Valley.

The former Arsenal youngster joined Charlton two years ago and has made 23 appearances for the south-east London club.

Manager Chris Powell told the club website: "Richard's impressed during pre-season and it's good to finally get the deal done.

"He's a left-footed centre-half who gives us options along the backline and we're happy to have him on board."

On Evina, Powell added: "I feel he's a player that will develop with us. I really do.

"He's got all the qualities I want in a left-back and he will push Rhoys [Wiggins].

"I've integrated him back into the group because that's the best place for him."