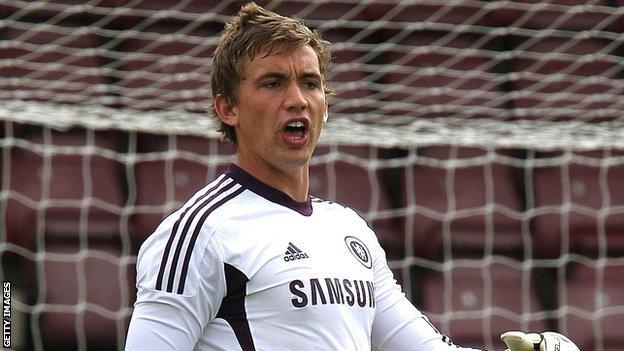 Chelsea keeper Sam Walker has returned to Colchester United on loan in a deal until 19 January.

The 21-year-old was influential in the U's League One survival bid last season, keeping seven clean sheets from his 17-game loan spell.

He has been given permission to play in Friday's friendly against Tottenham.

"Sam did extremely well for us when he was here last time around and he was someone we wanted back," boss Joe Dunne told the club website.