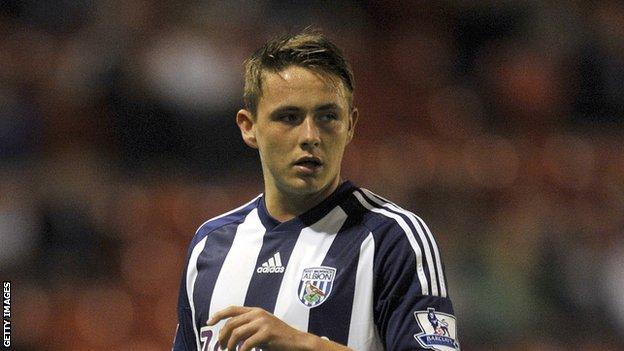 Allan, 21, joined the Baggies from Dundee United in January 2012, but is yet to make a first-team appearance.

The Scotland Under-21 player has, however, had two loan spells at Portsmouth and one at MK Dons, making 28 appearances and scoring twice.

"Scott's been on our radar for some time and is a very talented player," boss Lee Clark told the club website.

And Clark admits he sees Allan as a player who fits into the same mould as Morrison, whom the Blues have struggled to bring back to the club.

"It's been common knowledge that I've been looking for this type of player - a Ravel Morrison-type midfield player," Clark commented.

"Obviously we've tried to bring Ravel back from West Ham but the indications are that after doing so well with us, he's carried that on in the pre-season with West Ham and he's impressed the manager and the coaches there, so they weren't in a rush to make a decision."