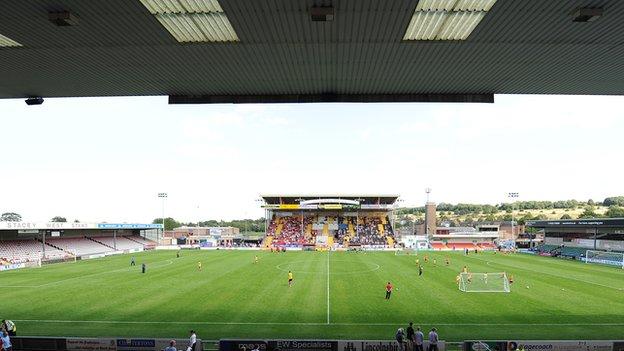 Lincoln City chairman Bob Dorrian insists the club's finances are the best they have been since relegation to the Conference in 2011, despite making the chief executive position redundant.

Steve Prescott has left the club but Dorrian told BBC Lincolnshire: "We are in a better financial position than we have been in for probably two years.

"It is not to say that it is great because it is not.

"But we have bottomed out all the costs in the club."

The Imps have had to deal with redundancies and cost-cutting since they dropped out of the Football League.

Dorrian added: "We have felt for a while that the CEO's job is something that may be able to embraced by a combination of directors and existing staff.

"Steve was taken on during on our Football League days. He has done a fantastic job for us and has had an awful lot to sort out.

"I cannot speak highly enough of Steve's contribution but the decision was reached because we are always looking to save money and cut costs.

"We felt we could do the job between us and it was not a difficult decision for the board to make."