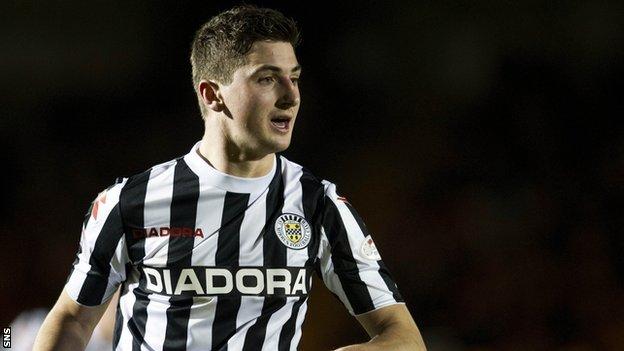 St Mirren midfielder Kenny McLean will miss the start of the new season thanks to a knee injury.

The club had initially thought the 21-year-old had suffered cruciate ligament damage, but the player will now only be out for six weeks.

"I thought he'd taken a bad one that was going to put him out for a lengthy spell," said manager Danny Lennon.

"But thankfully it wasn't as bad as first feared and all being well he will be back in action in six weeks or so."

The Scotland under-21 international has made 74 league appearances for the Buddies, scoring seven times.