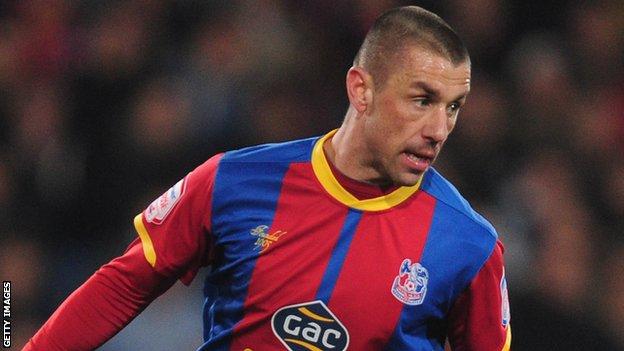 The ex-England forward spent the second half of last season on loan at Palace from Blackpool, scoring their winner in the Championship play-off final.

Signed on a free transfer, he will be the third outfield player to appear in the Premier League at 40, following Teddy Sheringham and Gordon Strachan.

"I am absolutely delighted," Phillips told the club's website.

"I was always hoping to have another chance to play in the top flight."

He added: "It's unbelievable for me but I am really looking forward to it and hoping I can play a great part in the season ahead.

"Everyone I spoke to said to keep going as long as the fitness and hunger is there and that is certainly the case with me."

The Eagles are awaiting final written confirmation of the paperwork from the Football Association and Premier League.