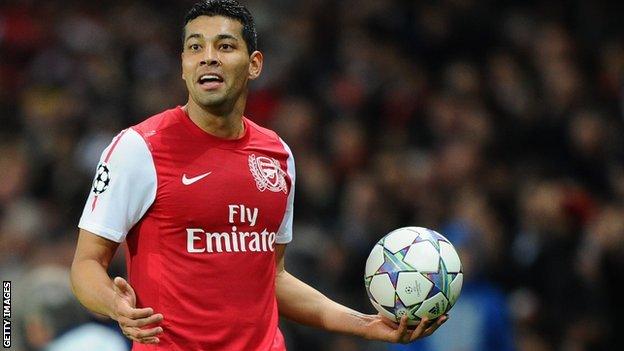 Arsenal have sold left-back Andre Santos to Brazilian side Flamengo.

The 30-year-old joined the Gunners from Turkish side Fenerbahce in a £6.2m move in August 2011 but struggled to establish himself in the side.

He went back to his native Brazil to join Gremio on loan in January 2013 following Arsenal's signing of left-back Nacho Monreal from Malaga.

Santos, who was on loan at Flamengo during the 2005-06 season, has now joined the club on a permanent basis.

A statement on Arsenal's website said: "Everybody at Arsenal would like to thank Andre for his contribution to the club and we wish him well for his future career."

Santos was hampered by a knee injury in December 2011 during his first season with the Gunners.

He made 33 appearances for the club and scored three goals, before joining Flamengo for an undisclosed fee.