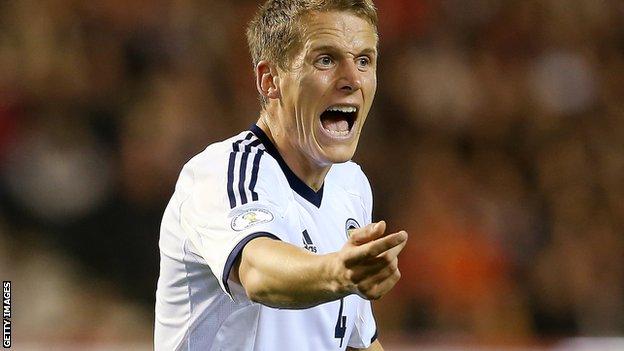 Ipswich have signed Scotland defender Christophe Berra on a two-year contract following his release by Wolves.

The 27-year-old began his career with Hearts before moving to Wolves for £2.3m in 2009, where he played under Blues boss Mick McCarthy.

Berra, who has 27 caps, is Ipswich's second signing in 24 hours, following the arrival of Frederic Veseli.

"It's a great signing for us, especially on a free transfer," McCarthy commented.

After leaving Molineux, Berra attracted interest from Rangers, but personal terms could not be agreed and he has chosen instead to link up with McCarthy again.