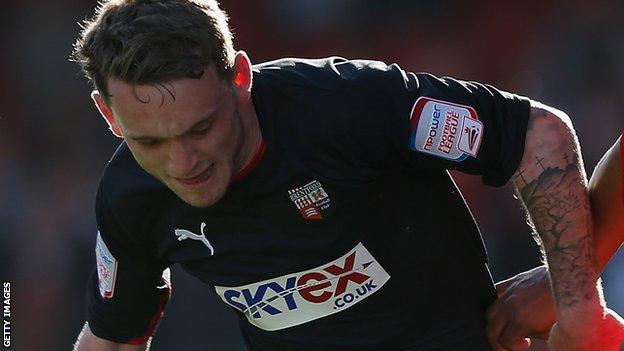 Lee Hodson has joined MK Dons from Watford on a free transfer in a one-year deal.

The Northern Ireland full-back, 21, had a year left on his contract at Watford.

Hodson, who played 18 times on loan at Brentford last season, could stay in Milton Keynes until 2015 as the club have an option to extend his deal.

"Lee fits into our transfer policy - he's young and ambitious but has the experience of over 70 Championship starts," said manager Karl Robinson.

"He already knows League One from his spell at Brentford last season and I believe he will add great competition for places in our defence."