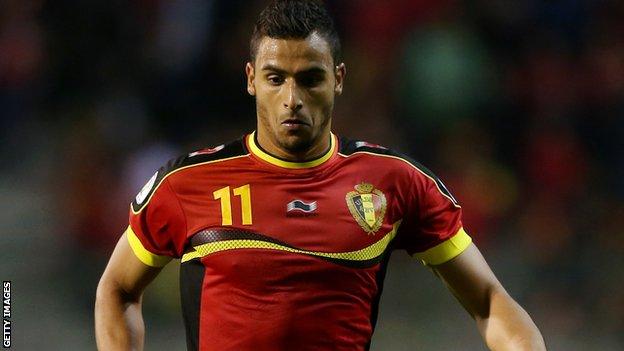 Spurs have agreed an undisclosed fee, thought to be about £7m, for the 23-year-old, who has won 14 caps.

Chadli is with Spurs in Hong Kong for the Asia Cup, and having agreed terms and passed a medical, could make his debut against Monaco on 3 August.

FC Twente won 65% of their Eredivisie matches last season when Nacer Chadli played. Without him, they only won 25%.

He joined FC Twente from AGOVV Apeldoorn in 2010 and played 106 times for the club, scoring 31 goals.

Two of those strikes came in Champions League matches against Spurs in the 2010-11 season.

The London club have also sealed the £17m capture of Brazilian international midfielder Paulinho during the close season.