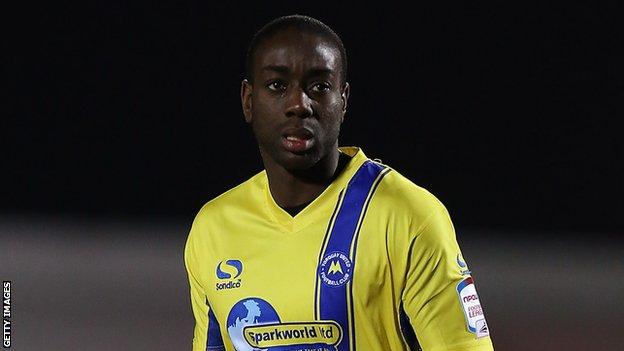 The centre-back, 26, has spent the last two seasons at League Two rivals Torquay but left in June in the hope of securing a move closer to London.

He has played 86 times since joining from Cambridge United in 2011.

"I'm delighted to have signed Brian. He comes with experience and, at 26, is in the prime of his career," Daggers boss Wayne Burnett told the club website.

"He has a lot to give and having played 200 league games he adds vital competition to our squad."