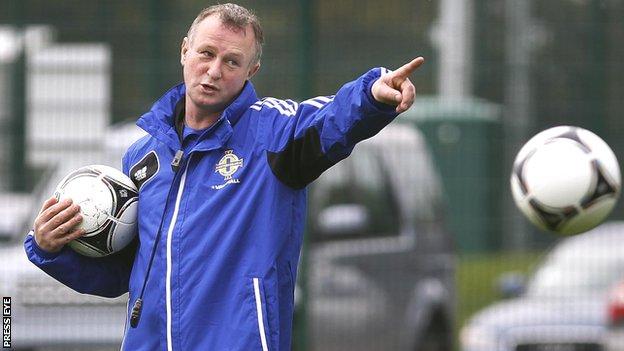 Northern Ireland manager Michael O'Neill is going back to his roots to kick off the Milk Cup in Coleraine.

O'Neill, who played for Coleraine & District in the tournament as a 15-year-old, returns to the Showgrounds on Sunday to launch this year's Milk Cup.

"The Milk Cup has been a launch pad for some of the world's best known footballing talent," said O'Neill.

He added: "The competition has evolved and expanded beyond belief and that is a tribute to the organisers who have not only established it as one of the world's top youth football events but also built it up into one of Northern Ireland's major summer attractions.

"In the early years I played for the Coleraine & District Youth League and it was a tremendous experience.

"There were 16 teams in our competition and it was exciting because we were being watched by big crowds and tried our best to impress."

The Northern Ireland Elite side take on Denmark at Coleraine Showgrounds on Monday 29 July, followed by a clash with the USA at Drumahoe two days later and rounding off their campaign against Mexico at Ballymena Showgrounds on Friday 2 August.

"We always get fabulous support at the Milk Cup and I hope that will be the case again," said O'Neill.

"We are looking forward to making a little piece of history by playing at Institute's Riverside Stadium. It's the first year the venue has been used in the competition and it boasts first class facilities."

The Milk Cup starts at 19:00 BST on Sunday night with the welcome parade of competing teams through Coleraine town centre to the Showgrounds,