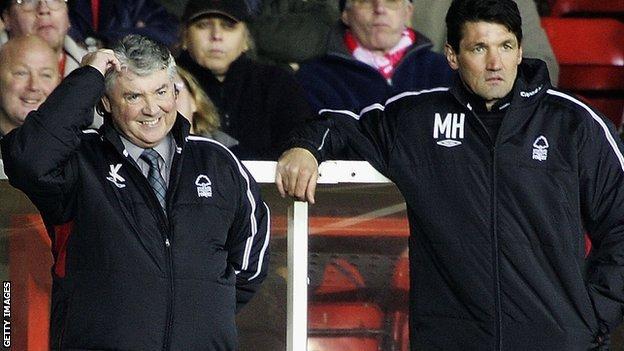 Mick Harford has been appointed assistant manager at Millwall after turning down a role at Newcastle.

Harford, who joined the backroom staff at the Den last month, was offered the chance to become assistant to Magpies director of football Joe Kinnear.

The 54-year-old played for Kinnear at Wimbledon and was a coach under him at Luton and Nottingham Forest.

"I have declined an offer to be Joe Kinnear's assistant," Harford told Sky Sports News.

"After meeting with [owner] Mike Ashley and Joe Kinnear, I made the decision that it's not the right time for me to take up this role.

"It was an honour to be asked to work at a fantastic club and I have the utmost respect for the club and its fans.

"I am currently enjoying a role helping out at Millwall, but would like to thank Mike Ashley and Joe Kinnear for the opportunity."

Newcastle manager Alan Pardew and chief scout Graham Carr report to Kinnear following his return to the club this summer.

Millwall manager Steve Lomas, who was appointed by the Championship side this summer, expects Harford to be a "great addition" to his staff.

"He's a vastly experienced coach who I have known for many years now," Lomas told the club website.

"I know there was speculation about Mick going to Newcastle because of his past connections with Joe Kinnear, but he's fully committed to Millwall and to doing a job for us here."