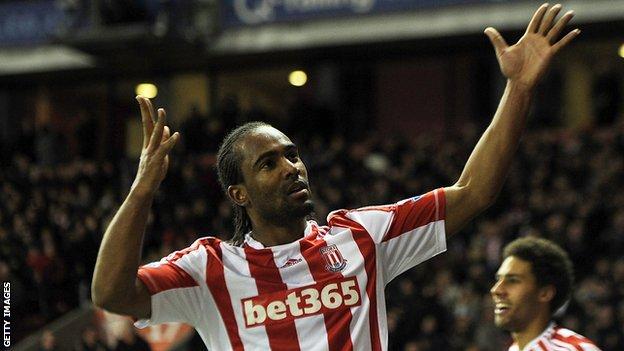 Pulis left the club by mutual consent in May and was replaced by Mark Hughes.

"There's no guarantees [for places under Hughes] but before in the old regime, there was a guaranteed XI who played," Jerome told BBC Radio Stoke.

"No matter what happened, how you trained or if you came on and did well in the games you were involved in, you were still never going to start."

Jerome made only 15 Premier League starts, but was used 34 times from the bench for the Potters, under Pulis after joining the club in 2011 from Birmingham City.

And Jerome continued: "I think a few of the lads who didn't play as much under the old regime won't be disheartened by the fact a new manager's come in with a new method and a new way of thinking.

"Everyone seems to be happy with a spring in the step, and it's not just the players - the staff are more happy and everyone is taking to their new roles."

Pulis, in his second spell as the club's manager, led the Staffordshire club to promotion to the top flight following a 23-year absence, an FA Cup final and a Europa League campaign.

However, after finishing 13th in the Premier League last season, Pulis left the Britannia Stadium.

Former Manchester City and QPR boss Hughes came in to replace the 55-year-old, and Jerome feels that there has also been a change in the methods used in pre-season.

"The new stuff is more advanced and scientific and all to do in relation to how you play a game," the 26-year old said.

"Even some of the drills have been game-related things to do with movement, interchange and passing and high intensity things.

"I think the boys have enjoyed it and everyone has took to him so far."