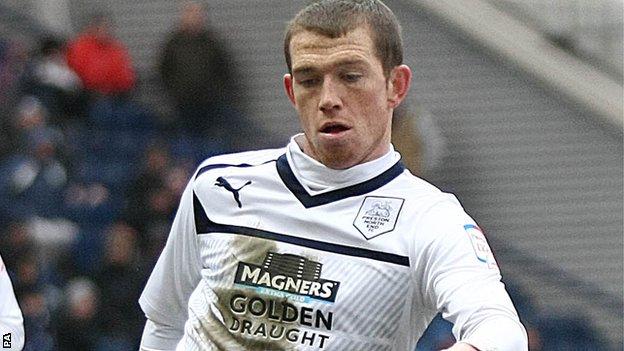 Preston's Joe Garner has avoided a competitive ban despite being sent-off in a recent friendly against Fleetwood.

Garner kicked out at midfielder Steven Schumacher and North End had feared he would miss the start of the season.

But the Football Association has handed him a one-match ban to be served in Tuesday's friendly against Blackburn.

"I spoke with the head of referees and to the assessor at the game - luckily common sense prevailed," manager Simon Grayson told BBC Radio Lancashire.

"I wasn't sure of the rules so did a lot of phoning round and I think the rules changed a few years ago when a couple of Premiership players were sent-off in pre-season and had to serve a domestic ban.