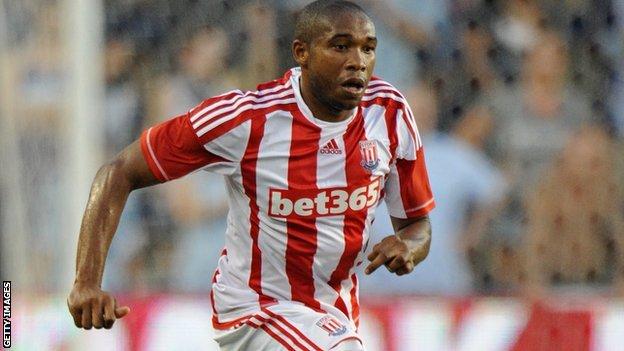 Hull City boss Steve Bruce would be interested in signing Stoke City midfielder Wilson Palacios if the Honduran is made available.

The 28-year-old joined the Potters from Tottenham for £8m in August 2011 but made only four appearances last season.

"I'm not sure whether Stoke are willing to let him go. If he became available I'd be interested," Bruce told BBC Radio Humberside.

"He's a player I like and one I brought to England."

Bruce added: "If Stoke say he's surplus then we would look at that."

The Tigers boss has worked with Palacios twice before, having brought him to Birmingham on loan before signing him for Wigan.

He joined Spurs from the Latics for £12m in January 2009 before moving on to Stoke, but after 28 appearances in his first season he fell out of favour.

The 25-year-old Ivorian scored six goals for the Ligue 1 side last season.

"He's someone who we like and we've monitored for a while now," he said.

"He's a little bit different to what we've got. He's explosive, he's got pace and he likes to run in behind defences.

"There's been some dialogue between the two clubs and we'll just see if anything progresses over the next few days."