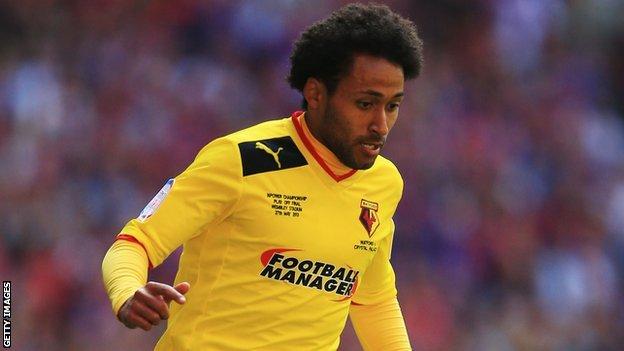 Granada, like Watford, are owned by the Pozzo family and Anya

Brown, 21, the younger brother of England and Sunderland's Wes, has agreed to a two-year contract.

He left United in May without making a senior appearance, experiencing first-team football through loan spells at Bradford, Doncaster, Oldham, Coventry and Ipswich.

Both players have been training with Gianfranco Zola's side throughout pre-season.

Brazilian midfielder Iriney Santos is also expected to make the switch from Granada to Watford, with the Spanish side announcing on their website last week that the 32-year-old was set to make a season-long loan move.

The Hornets have also confirmed that the signings of Pudil, Marco Cassetti, Davide Faraoni and Javier Acuna have been ratified by the Football League and the Football Association.