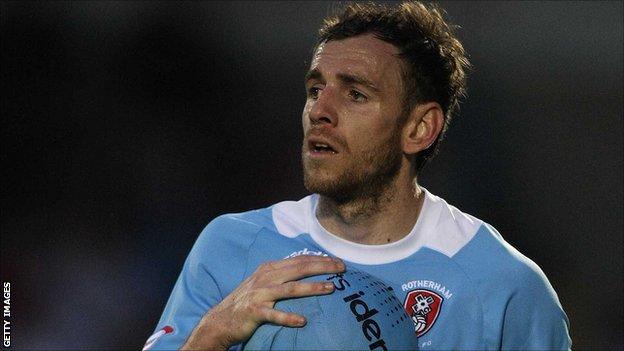 The U's impressed in their first home summer home warm-up game, earning a 1-1 draw against Championship side Birmingham City on Saturday.

Newey, who was man of the match, feels that throughout the squad players are pushing hard for a first-team place.

"It all bodes well," the 30-year-old told BBC Radio Oxford.

Pre-season has been pretty gruelling, the marine camp was the hardest thing I've done in my 12-year career, but us new lads have settled in very well

"It keeps everyone on their toes and working hard. I'm sure it's a problem the gaffer enjoys, having so many people pushing for the shirt."

Newey joined the U's in July from Scunthorpe and appears to have formed a decent partnership with Sean Rigg down the left-hand side.

And Newey has been encouraged by the club's form during what he says has been "gruelling" pre-season campaign.

"It's nice to get man of the match, I'm pretty pleased with my performance [against Birmingham]," he said.

"Me and Sean [Rigg] linked up very well on the left. One on one he was terrorising their full-back and long may it continue.

"We do look quite strong and it is up to us to maintain the standards we have set today.

"Pre-season has been pretty gruelling, the marine camp was the hardest thing I've done in my 12-year career, but us new lads have settled in very well.

"The mental aspect of it was very severe. It was pretty much non-stop for 28 hours, but it can only bode well. We were pushing buses up hills and diving into rivers at 2am."

Newey believes the added competition in the U's squad, including the acquisition of forward Dave Kitson, is also encouraging ahead of the new season.

"If we can keep things tight at the back then we have people like Kitson, Beano [James Constable] and Deano [Deane Smalley] who can really terrorise teams," he added.