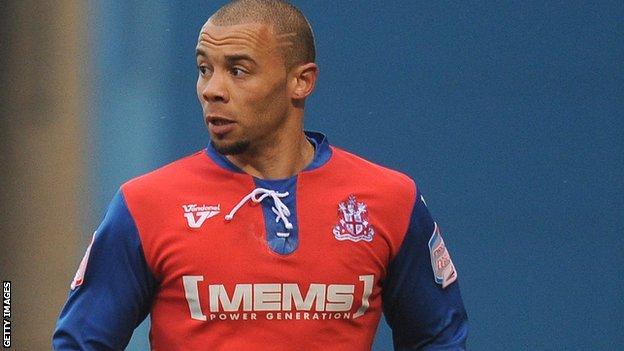 Scunthorpe United have signed veteran striker Deon Burton on a one-year deal after he impressed while on trial.

The 36-year-old scored 12 goals in 40 league appearances for Gillingham last season to help Martin Allen's side to the League Two title.

Despite his successful season the Gills opted not to offer him a new contract.

The Jamaican international has played for 13 clubs in his career, which has included a two-year spell at Azerbaijan side Gabala.