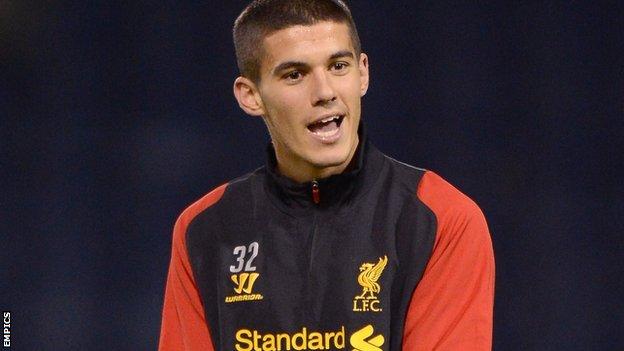 Sheffield United have signed Liverpool's Conor Coady on a youth loan until January.

The 20-year-old, who can play in defence or midfield, has made two first-team appearances for the Reds.

He captained England at the recent Under-20 World Cup in Turkey.

"I've been aware of Conor's talents for a long time, through his development with Liverpool and England and he is a great prospect," Blades boss David Weir told his club's website.

"He will add competition for places in the midfield and will be an asset for us."

Coady is the sixth player to join the League One side this summer following the arrivals of Febian Brandy, Stephen McGinn, Sean McGinty, Jasper Johns and Lyle Taylor.