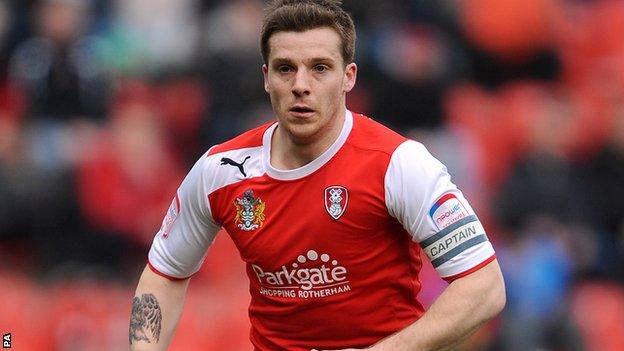 Oxford United have signed Rotherham defender Johnny Mullins on a three-year contract for an undisclosed fee.

The 27-year-old centre-half has rejoined the League Two club after a loan spell at the Kassam last season.

"We had to be patient but I'm delighted to bring him back - I hope our fans now see what I was waiting for," manager Chris Wilder told the club's website.

"He is a top-quality defender and the final piece in our jigsaw - I see no problem with him fitting straight in."

Mullins, who was club captain at the New York Stadium, spent three seasons with the Millers and made 110 appearances after joining from Stockport County.

He played 32 times for them last season, either side of his six-week, mid-season stint with the U's.