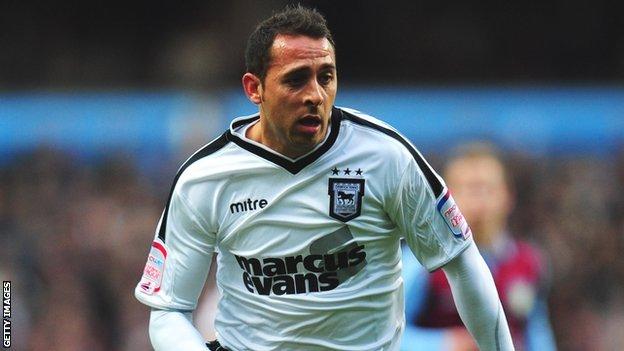 Chopra, 29, who scored five goals in 36 games for Town last season, was told he was surplus to requirements by manager Mick McCarthy in May.

Jones managed Chopra when he was in charge at Cardiff.

"If he's available then it's something that we'd consider. On his day he is a quality goalscorer," Jones told BBC Radio Sheffield.

"I know he's had a lot of problems in the past couple of years and there's plenty of questions that would need to be asked whoever took him.

"I speak to him quite often just to see how his family are and he'll do the same with me, if that leads to speculation I can't do anything about that."

The former Newcastle, Sunderland and Bluebirds striker's Portman Road career has been set against the backdrop of his recovery from a gambling addiction.

At the club's behest, he spent part of last summer at a fitness camp in the United States, but he was unable to return to his prolific best and in January was banned from horse racing for 10 years after being found guilty of using inside information to place bets.

Lita, 28, scored six goals in 17 appearances for the Owls in a successful loan spell last season.

"We took Leroy last season and I'm still waiting to get the green light on getting him again," Jones said.

"I hope something happens but it's not as easy as people think. These players have other options and they've got to weigh things up."