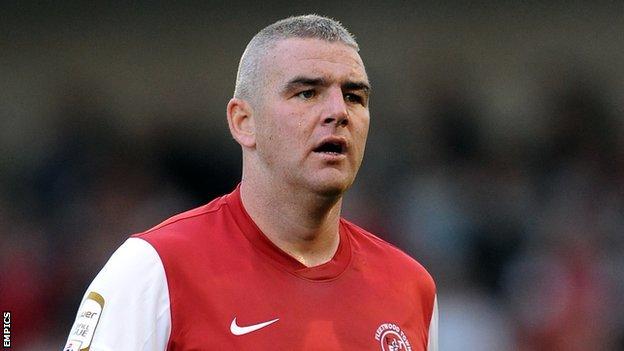 Luton Town defender Steve McNulty has said promotion is the only acceptable outcome for the club this season.

The Hatters start a fifth consecutive campaign in the Conference Premier.

"We all know what the club, the fans and us as players expect this season. That's nothing less than promotion," McNulty told BBC Three Counties Radio.

"If you don't start the season wanting promotion you might as well not be here. We've all been brought here to get Luton back to the Football League."

Luton will begin their first full season with John Still as boss, a man who has led Dagenham & Redbridge and Maidstone United out of non-league and into the Football League during his career.

But the Hatters, regular favourites for promotion, have seen four different managers attempt and fail to take them back to League Two.

"We always get the favourites tag. But there's no easy games in this league - there will be a team 30 points clear at the top and they'll get beaten by the bottom team," said 29-year-old McNulty, who played 20 games last season.

"It's vital we make Kenilworth Road a fortress but we need to go away and pick up points."