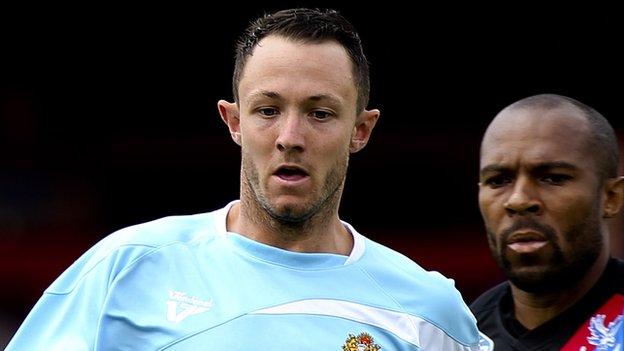 Former Arsenal trainee Murphy, 22, was released in June 2012 after four years on the staff at the Emirates.

He then joined Telstar on a 12-month deal, with an option for another year, scoring eight times in 26 league games.

He made five league appearances for both teams (the majority of them coming off the bench) and is yet to register his first goal in England.

Murphy has been on trial during pre-season with the Daggers, having appeared in Saturday's friendly at Victoria Road against Crystal Palace.